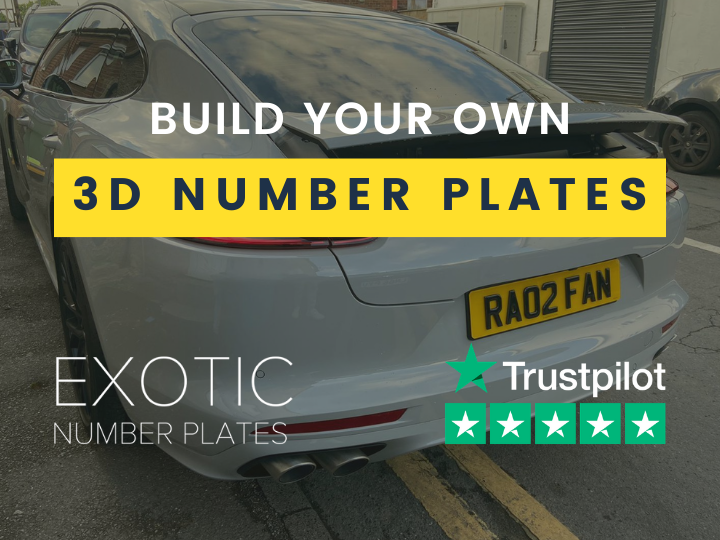 The DVLA is announcing new legislation for the UK’s number plates from next year. The new plates will have improved stability and superior compatibility with automatic number plate recognition (ANPR) cameras. There will also be changes with regard to 3D-effect number plates and traditional black and silver plates.

The British Standards Institute (BSI) has informed the technical standards for number plates in the UK. The plates have undergone testing for reflectivity, vibration, impact, thermal and weathering effects, solvent resistance, bending, and more. As a result, the plates will be more durable and compatible with on-road ANPR cameras.

“The agency has not seen any evidence to show that number plate displaying raised plastic, acrylic or Perspex lettering (3D/4D plates) are able to meet the requirements of either the current or new the British Standard.”

Moreover, different shades of black lettering that create a 3D effect or highlighting will no longer be allowed. The letters and numbers will have to be only a single shade of black. Raised lettering for 3D and 4D effects will also be banned.

The new plates will be available from 1st January 2021 and will become mandatory from 1st September 2021.